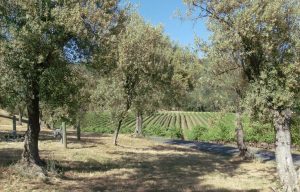 Of the 23 paired biographies Plutarch wrote, we still have a comparison for 19 pairs. They assume you’ve read both the other biographies (in all but two cases, the Greek first and the Roman second), and they almost don’t feel long enough even to be essays. When I prepared the podcast on the lawgivers, I noticed that all the comparisons of eight men didn’t add up to the same as the average life. Plutarch studies both characters in about 1000 words.

If the point of Plutarch’s project was to compare these two great men, why spend so few words comparing the men? Granted, some of the lives have introductions that frontload the comparison, but that still leaves the majority of Plutarch’s project dedicated to the individuals. He dedicates only about 10% of the whole project to explicit comparison.

I think there are at least two answers here, though I’d be interested in hearing another perspective if anyone wants to share in the comments. I also cover these answers in my podcast on the Lessons from the Lawgivers.

Biography as Mirror and Invitation

First, Plutarch does not see himself as the final word on many of these biographies. While he obviously had an immense library, as well as a powerful memory, aiding him in constructing these biographies, he admits that he’s not the only source his audience has access to. In the Life of Nicias, he explicitly says he won’t cover the same ground as the “inimitable” Thucydides has already covered (Nic. 1.1). This tacit recommendation to read Thucydides means he ultimately wants us to make our own judgments.

Plutarch wrote for the audience in front of him: educated Greeks and Romans of the 1st-and-2nd-century Roman empire. He wanted to convince them to let philosophy be the guide of their lives and reclaim and recultivate the virtues of Greek and Roman ancestors. Though I think that he also wrote for all time, as Thucydides did, he had no way of knowing that he would often be one of the most important sources for some lives, often being the source closest to that person’s time period (as he is for Cimon and Alexander the Great).

Plutarch knew that the other great philosophers before him had written invitations to philosophy: Aristotle’s Protrepticus and Cicero’s Hortensius (which St. Augustine credits with his conversion to philosophy) are the two most famous even though neither survives to the present day. Plutarch knew that his biographies acted in part as an invitation to practical moral philosophy by showing the causes and effects of various virtuous and vicious choices throughout history.

More Than One Comparison

The second reason I don’t think Plutarch keeps the focus solely on the comparison of Greek and Roman is because of the other fruitful parallels that may be overshadowed if he overemphasized just one-dimension of comparison. Rather, I think Plutarch wrote many of his biographies in chunks of time that allowed them to cross-pollinate (some scholars agree with me about the 1st-century BC Roman Lives).

As we work through Season Three, examining the military rise and fall of the Athenian Golden Age, we’ll see that Plutarch wants us to compare Themistocles with Aristides, Cimon, Plutarch, and all the rest. One could argue that Plutarch proves Thucydides right ( that no great leaders came after Pericles (or perhaps he wants to show that the only great leader they had after Pericles was so perfidious and self-serving that he couldn’t lead Athens successfully for long, fleeing his polis not once but twice). And yet, Plutarch refuses to give us his judgment of Themistocles. Did Plutarch believe that Themistocles was a traitor or a patriot? Perhaps we could guess by noting the biases, selections, and emphases that Plutarch gives, but he never comes out and tells us what to think.

That’s because Plutarch doesn’t want to turn history (or biography) into a genre that gives pat answers. After all, history comes from the Greek word for inquiry not answers. Just as Plutarch doesn’t want to give us all the conclusions, but often goes to great lengths to list both ways Alcibiades is said to have died, or all the perspectives on Aristides’s poverty, so does he begin the comparison of the Greek and Roman life but leave the rest of the comparing to us. What have you noticed when you compare one of his biographies to another?

The Real Fruit of Comparison: Philosophy

While Plutarch compares and contrasts many of his subjects with respect to virtue, education, success, military victories, or well-crafted laws, he ultimately finds a human standard for virtue. As a Greek, he still thinks the Greeks discovered or named some of these virtues, but he finds them practiced even by Romans who never knew Greek education, and thus he considers them foundational human virtues. We’ll discuss those in more depth as we pile on the examples in future seasons of the podcast.

So I think in the end Plutarch compares the Greeks and Romans not just to find what they have in common with each other, and not just to show the Romans how Greek they were. Rather, Plutarch wants to encourage all of us to full human flourishing, something the Greeks called ἀρετή and which we now translate as excellence or virtue.