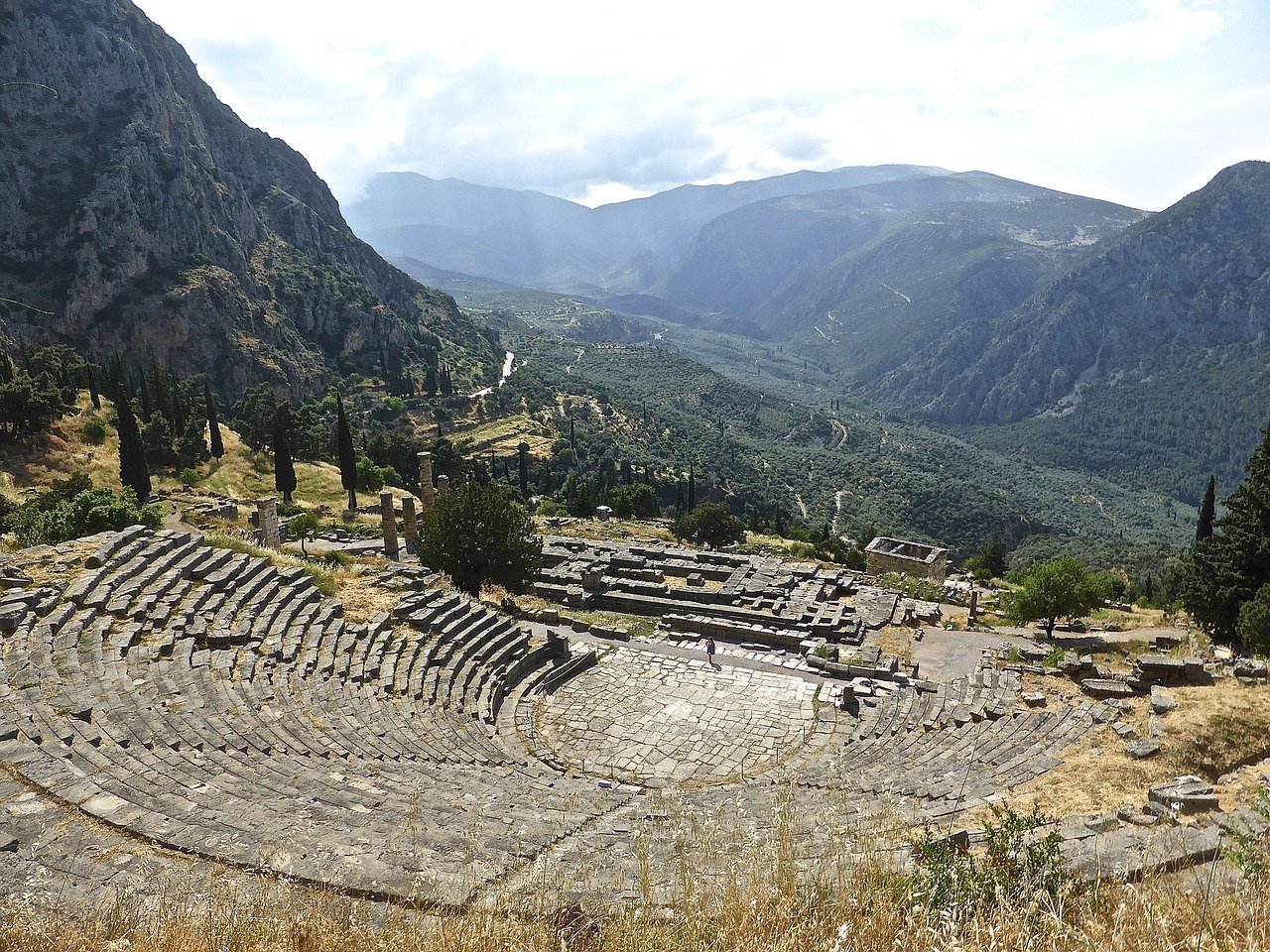 Begin With the End in Mind – Reading Fluency

This page is to help the concerned early student of Greek allay his fears. This post wants to serve more as an orientation to the kinds of decisions a teacher or student should make so that we can begin our studies of Latin and Greek with the end in mind: reading fluency at the same level a student of the English language may have in enjoying Chaucer, Shakespeare, Milton, Dryden, Austen, Hawthorne, Dickens, and T.S. Eliot. If you have other goals for your study of Latin and Greek, seek resources from another page.

If you’ve read my post on how long it takes to learn Latin, then you know we should measure language-study in hours of focused study and comprehensible exposure rather than the number of years we’ve been “plugging away.” Languages are not learned easily and this page will also assiduously avoid the method debate currently raging. I don’t care if you learn Greek in the Grammar-Translation method or in the Comprehensible Input method. The two camps are not hermetically sealed from each other and too much time is wasted sweating about method instead of starting the task.

The answer to “Why Learn Greek” or “Why Learn Latin” really boils down to one question: Who do you want to read in the original language? Latin and Greek provide direct access to cultures that have bequeathed to us so much of our framework for understanding politics, society, and ourselves. The roots run deep. Radically, to be Greek or Roman no longer has anything to do with where you’re from, the type of government you have, or even your creed. Rather, it is to participate in the conversation about what makes for a good human life and gives us (some of) the tools to seek that flourishing.

Greek had four common dialects for its literature: Homeric, Doric, Aeolic, Ionic, Attic. Later Attic merged with the others to become Koine which lasted as a literary language through 1453. Homer started it all, then some poets all around the Aegean world offered small poems to the world, then the first prose works were written in Ionic, but quickly both prose and poetry took center-stage in Athens. Attic, the dialect of the Athenians, then spread under the influence of Alexander the Great’s conquests and became Koine, which lasted as a literary language through the end of the Byzantine Empire.

You really want to read the Iliad and the Odyssey, in Homer’s original language (or as close as we have to it). Wonderful stories and the foundation not just of Greek literature, but of all Western Literature since then. While it’s not a popular choice to start with Homer, one textbook has been doing so for at least the last one hundred years or so, and it’s continued to be updated and revised through the decades. Clyde Pharr’s Homeric Greek can be found free online and more recently editing and republished editions are sold by Oklahoma University Press. There’s even a website with lectures and exercises guiding you through the most recent edition. Homeric Greek was never spoken and so you learn it only to read the epics, The Iliad and The Odyssey.

Other poets after Homer but before the Athenian Golden Age (Sappho, Archilochus, Alcander) write either in Doric or Aeolic depending on where they’re from. These poets were so heavily influenced by Homer that they can be learned and studied alongside Homeric, or used as a bridge back to Homer from Attic.

Most literary Greek from the golden age of Greek tragedy, comedy, and philosophy (5th and 4th century BC) is written in Attic. These are the authors we think of as making the cut into the Greatest Hits. The best app for reading these authors on an iOS device is hands down Attikos, detailed later.

After Alexander, the Koine Dialect begins to replace all the other Greek dialects so that by the time you get to the New Testament or Plutarch, the style may vary but the language has been fairly standardized. Hence Koine means “common,” as it becomes the dialect shared across the Eastern Mediterranean and much of the Middle East as the lingua franca.

While this is a fun question to explore, it’s rendered moot if you answer the question above. Do you want to read Homer? Good! Grab a good book on the Homeric dialect and start with him. Want to read the New Testament? Great! Mounce or some Koine equivalent will work fine. Classical Greek? Again, you have options and plenty of them. What’s more important is the who, in two senses:

My post about Latin dictionaries could fit in here, because Logeion has several robust Greek dictionaries all in one place with one easy-to-use text search.

For intermediate students looking for material to read, I highly recommend the Attikos app (sadly, only for iOS). It’s published by the University of Chicago, the same makers of the Logeion app, and allows quick access to that dictionary and its robust features. If you want to read outside of the Attic dialect, Bellerophon takes a huge amount of the Perseus library and makes it quickly and easily available on an iPad. Though the interface isn’t as slick as Attikos, it provides an easy place for me to compare Plutarch’s Greek and English side-by-side. Also, it has English texts, so this isn’t just for students whose Greek is strong, like Attikos.

This section will not be as big as Latin, because there are far fewer people teaching (and learning) Ancient Greek.

Harvard University’s Center for Hellenic Studies provides a comprehensive view of Greek to accompany the condensed, brick-of-a-textbook Hansen and Quinn. The whole playlist is also available on the CHS website. A couple important things to note. This professor absolutely knows his stuff and has been teaching Attic Greek for decades. The notes accompanying the video are clear and concise. The videos are between 5 and 15 minutes, usually. The sound, however, leaves much to be desired. If the professor could have been mic’d, it would have helped tremendously. That said, you are getting a Harvard professor guiding you through Attic Greek for the cost of a $50 textbook (cheaper if you buy it used). I would recommend this only for the most motivated learners, but you could complete the course for free in a matter of a few months, which is how Hansen and Quinn is set to be paced since it was originally designed for a summer intensive course.

In my classroom, I teach with Chase and Phillips, an old Harvard textbook from 1941 whose advantage is it’s size—it doesn’t make Greek look as daunting as some books which rival door-stops in size and weight (see Hansen and Quinn above).

I also supplement the explanations and examples from this free textbook, titled Ancient Greek for Everyone which I wish I could get a physical copy of. Right now, it’s free but only digital. I’ll change this part of the page when they finally give a Lulu publication option.

A free grammar (digitally), with copious examples, was put together Juan Coderch, who teaches at St. Andrew’s in Scotland. If you want a physical copy (which I recommend), you’ll have to buy it. This is better for beginners as it’s not as overwhelming and thorough as Smyth.

The best list of Homeric Textbooks can be found here.

The best list of Attic Textbooks can be found here.

What’s lacking for everyone is a Reading Method textbook similar to Lingua Latina Per Se Illustrata, by Hans Ørberg which has been popular in Latin circles for many years. An Italian group focusing on fluency has published an Ørbergian-style of Ἀθήναζε (to Athens!) but all the grammar is explained in Italian, making a double language barrier for most of us.

Seumas McDonald runs a website focusing on scholarly aspects of patristics. He also enjoys reading and speaking in Latin and Greek.

The Polis Institute in Jerusalem has top-notch teachers for Latin, Greek, Hebrew, and more! They recently began to teach online, during the summer and during the semester, as well as in-person. The downside could be the timezone, but I put it on here because that may be an upside for some.

The Ancient Language Institute claims to teach Attic from the natural method. I don’t know what text they use, but if I were going to try to tackle the Italian-style Athenaze, I’d want a teacher!