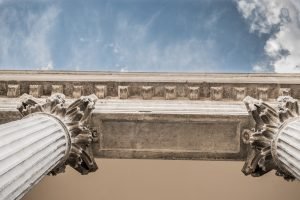 I’m now far enough into the podcast to start to reap the fruits of Plutarch’s parallel project. We begin with the lawgivers. Be sure to listen to the podcast for my answer to two pressing questions, which I also detail in their own short blog posts below:

Why are the essays comparing the lives so short?

Why does Plutarch compare Greeks and Romans?

C. 2 – Justice in Society and Land

The Laws of Wisdom and Happiness – Solon and Publicola