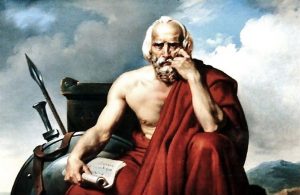 Lycurgus was once asked why Sparta had no defensive wall around its perimeter. He responded, “A city is well-fortified with a wall of men instead of brick.”

The End of Perfection: Why Did Sparta fail?

An English Translation of the Life