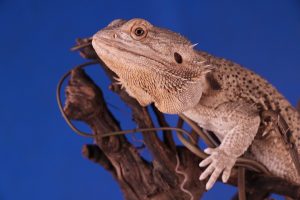 Who doesn’t love dragons? Tolkien, I believe, first introduced me to dragons through the character of Smaug. I can still remember the creepy feeling I got when first reading about Smaug. The creepiness of feeling watched. The 1977 animated film give Smaug’s eyes a spotlight as they search the cave for invisible Bilbo. Whether cartoon, CGI, or real life, any reptilian gaze, but particularly the dragon’s, unsettles us. The dragon’s eyes have a vacant sheen, one that you’re afraid sees you anyway.

In preparing for the Ancient History class I’ll be teaching next year, I stumbled across the etymology of dragon and discovered the word originally relates to sight. We can trace the word all the way back to Homer and a specific Homeric verb for seeing. I found the best couple paragraphs tracing this in Bruno Snell’s book The Discovery of the Mind. He starts, as we all must when studying the Greeks, with Homer.

That’s pretty straight-forward. But where did δράκων come from? It turns out, from the Homeric verb δέρκεσθαι which, according to Snell, “refers not so much to the function of the eye as to its gleam as noticed by someone else.” He then quotes a few sources wherein the Gorgon’s eyes are described this way, a raging boar, and even Odysseus as he gazes out over the sea, longing for Ithaca. It’s more about what is perceived in the eyes than about what the eyes are perceiving.

So what does this have to do with dragons? Well, the original dragon for the Greeks was a mythical snake that Apollo slew on the mountain above Delphi; it’s snake-like eyes gave it its name. Not because they’re particularly good at seeing, but because “his stare commands attention.” This helps us understand one way in which pre-moderns thought about sight that we have now lost. We tend to see the eyes as passive recipients of sense data. They don’t give out anything, except maybe their color.

It reminds me of Shakespeare’s “eye-beams.” One of the four lovers in Love’s Labors Lost, reads aloud the poem praises his beloved’s eyes and comparing them to the sun, whose beams are not as strong as the “eye-beams” of his beloved (LLL IV.iii).  The eyes have an effect from a distance, just like the sun, therefore the eyes must have beams they send out, not just light they receive. Philip Sydney wrote love sonnets around the same time as Shakespeare. In his sonnets, Astrophil (star-lover) addresses Stella (star). In Sonnet 47, Astrophil asks Stella’s “black beams can engrave such burning marks” on him. The notion of eye-beams is so common, that Sydney can drop the eyes from it and his audience still knows what he’s talking about.

Next time you stare down a snake (or a dragon), remember he is named for his eyes.