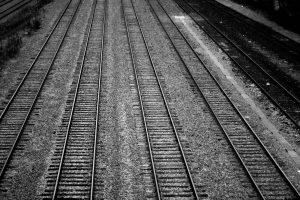 One Root, Many Meanings

In listening to an Art of Manliness podcast on, what else, productivity, the guest wanted to cut against our obsession with productivity and give us all some breathing room in our routines. The podcast is called “Routines are Over-Rated” and you can read the transcript at the link.

Overall, the point is unsurprisingly that we shouldn’t let productivity become an end in itself. Productivity should not also be the default framework through which we look at our lives.

To this end, I thought I’d offer an etymological perspective on this issue that’s built right into our language. Sometimes adjectives grow strong enough to live independently as nouns. Most languages call this the substantive use of an adjective. Latin and Greek do it all the time. English, a bit less often, though we do use these substantial (they’re really called substantive) adjectives to talk about classes of things: the good, the bad, and the ugly. We may still be thinking “The ugly WHAT?,” but the noun hides subtly in the context of the conversation we’re having.

Sometimes, these durable adjectives last from one language into the next. The Romans had a phrase for a certain type of path that could be relied upon: a via rupta, a “broken way”. Don’t get them wrong, the way led exactly where it was supposed to go. That wasn’t what was broken about it. Rather, the road had been broken through a mountain, a forest, a thicket, or some otherwise insurmountable inconvenience. As such, it was a well-trodden path.

That rupta remained after the via had moved along further up the road. It first gave English the noun route, most familiar now in train routes. As your GPS verbally reroutes you, think about what that entails: breaking from a path that had already been broken through.

The next word on the scene was rut, though the OED questions its roots in the word route, I can’t help but see the connection now. It was first the wheels ruts carved into the ground, a common enough occurrence that we’ve seen going as far back as the well-worn ruts in the streets of Pompeii. Only in the nineteenth-century did that metaphor stretch to mean a practice carried on to tedium (and beyond). Breaking out of a rut requires more energy, sometimes, than breaking in a routine.

Which brings us to our final word: a routine. We abstracted away from the route to give us a routine. This same suffix “-ine” is seen in words like doctrine and medicine which abstract to what a doctor and medic originally dispense or study. This has much to do with habit, and is why it keeps its positive connotation. As something becomes routine, it gets built into our second nature, our subconscious, or are automatic responses.

So, as the seasons shift we generally re-evaluate our lives looking for routes to happiness: avoiding ruts and leveraging routines form one small way of finding the via media (middle way) where virtue is found. Continue to live excellently and, when you can, reflect etymologically.