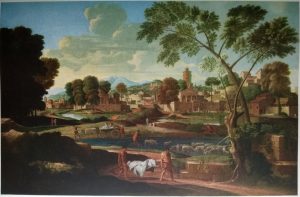 Phocion was three years old when Socrates died in 399 and then lives through the reigns of Philip, Alexander, and dies under Cassander’s takeover of Athens. Though less well-known than his contemporary, Demosthenes, Plutarch wants us to remember him as a political leader who did the best he could with a bad situation.

Outline of Plutarch’s Biography of Phocion

C. 3 – Cato’s Differences and the Shape of Their Characters

C. 10 – Harsh Before the People, Kind to Every Person

C. 23 – Leosthenes and the Lamian War

C. 26 – Antipater and Craterus March Down on Athens

C. 32 – Nicanor Attacks from the Peiraeus

C. 37 – Phocion Buried (Secretly) at His Own Hearth