","associatedMedia":{"contentUrl":"https://www.buzzsprout.com/1230002/8684055-cimon.mp3?download=true","contentSize":false,"@type":"MediaObject"}}]} Skip to content
I wrote a book! An introduction to the Ancient Romans, including hearing from the Romans themselves! Check it out! 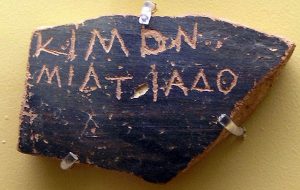 Obscure and under-rated, Cimon gives us a personal look at the time between the Persian and Peloponnesian Wars, also called the Pentecontaetia.

C. 14 – Persians in the Chersonese