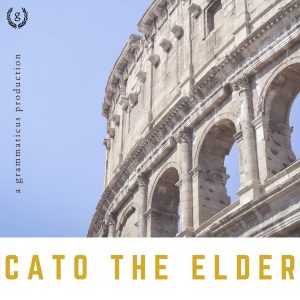 Wise men profit more from fools than fools from wise men; for the wise men shun the mistakes of fools, but fools do not imitate the successes of the wise.
—Plutarch “Cato the Elder” Para. 9.4

Sometimes called Cato the Censor or Cato the Elder because he is the great-grandfather of the more famous Cato the Younger who resisted Julius Caesar in the first century civil wars. This Cato (234-149 BC) sets the standard for the old Roman agricultural and military virtues. He may be the best of breed, but he also seems to be the last of them.

Militiae – on military duty with Cato

Domī – At Home with Cato